Happy Wednesday!  I hope you all are having a fantastic week.  As I mentioned on Monday, I’m going to be making some changes around here, and today I’m sharing one of those.

I’m so excited about a new series I’m doing, called Organizing Around the Home.  I wanted to do this when we first moved into our new home, I thought it would be the perfect time to do it right?  Wrong!  That idea kind of got put by the wayside after the world’s most boring before and after photo.  Remember that one? 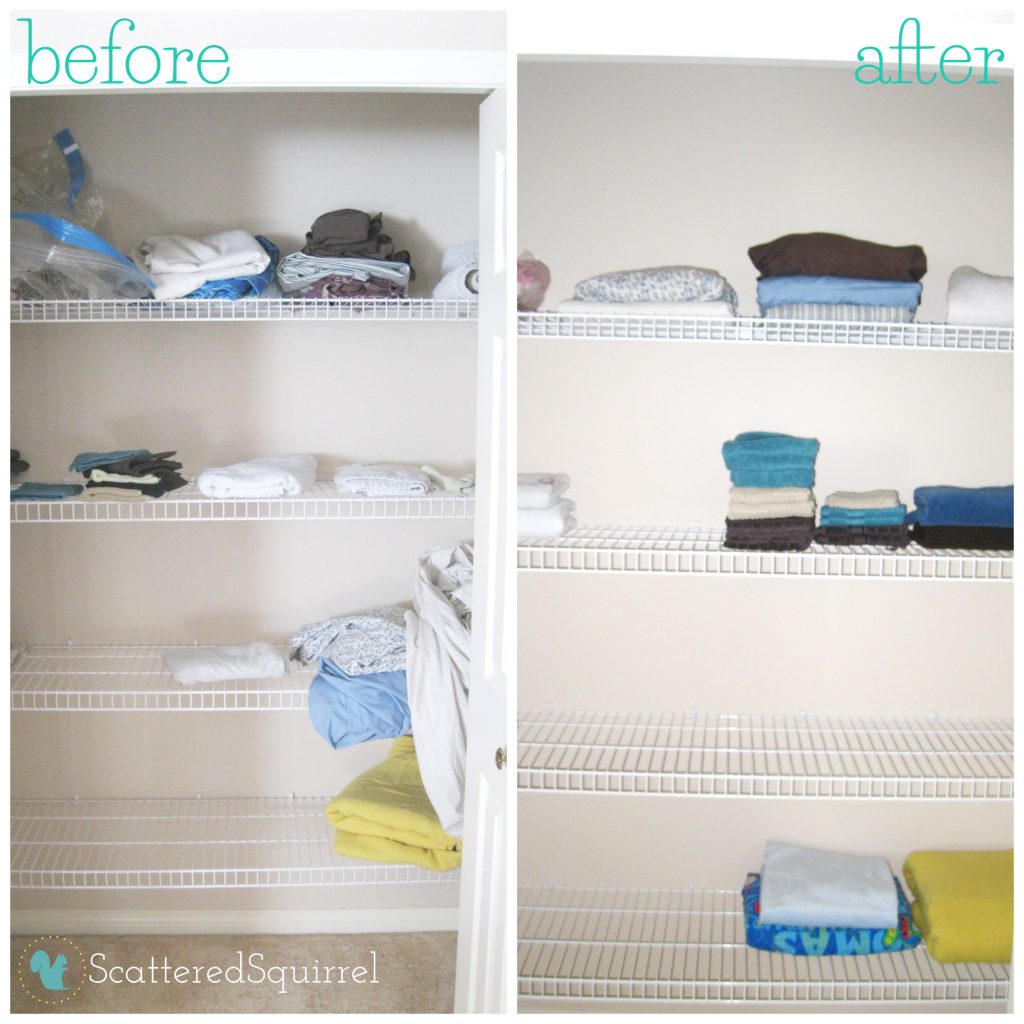 Unfortunately, though I was so eager to do a room by room series, all the projects would have looked similar to this.  We had just moved in, we hadn’t yet had a change to really LIVE in the spaces we now call home.  It takes time to break in a new house.  Time to figure out the rhythm of family life, the uses and challenges of each space.  Trust me on this one, it would have been a B-O-R-I-N-G series back then.  (I know! I just recycled my notes for posts from back then) But now, oh now, is the perfect time for something like this.  We’ve been here for almost two years now.  We’ve staked out claim/claims on the spaces and made them ours, for better or worse, and we’ve now entered that awkward transition stage.  You know that stage where things aren’t quite working as well as you would like, but were working just fine not too long ago and you’re not sure if the it’s the things or you that needs to change?

Over the next few months I’m going to be working to get our home better organized by tackling one area at a time.  I’ll be looking at the current set up, what’s working and, more importantly, what isn’t working.  I’m going to be sharing each area with all of you, the good, the bad and the ugly.  I don’t have the whole thing figured out yet, but here are some of the things you can expect.

All of that to say, this series is going to be about keeping it real.  Sharing not just my successes but my failures as well.  Just because it didn’t work for me and my family doesn’t mean it can’t work for you and yours.  🙂

I can’t wait to get started!  In fact I think I’ll go start working on a plan of attack right now.

Are there areas in your home that need a little organizing TLC?  Is there an area you’d like to see sooner rather than later?  What organizing projects have you been working on lately? 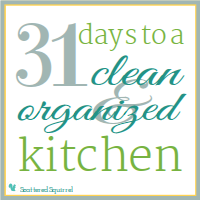 Welcome to Day 1!  Are you as excited as I am?  If you’re just joining in, I’m spending the month of October battling my arch nemesis, otherwise known as my kitchen!  All month long I’ll be tackling small organizing projects, building cleaning tasks into our daily routine, and I’m finally putting together my Kitchen…

Large projects intimidate me.  I tend to spend oodles of time planning them, thinking about them, searching for inspiration for them… in short, procrastinating!  Why?  Well, the problem is, I never know where to start.  I get stalled before I even begin.  I’ll go round and round in circles until I’m dizzy, and still no… 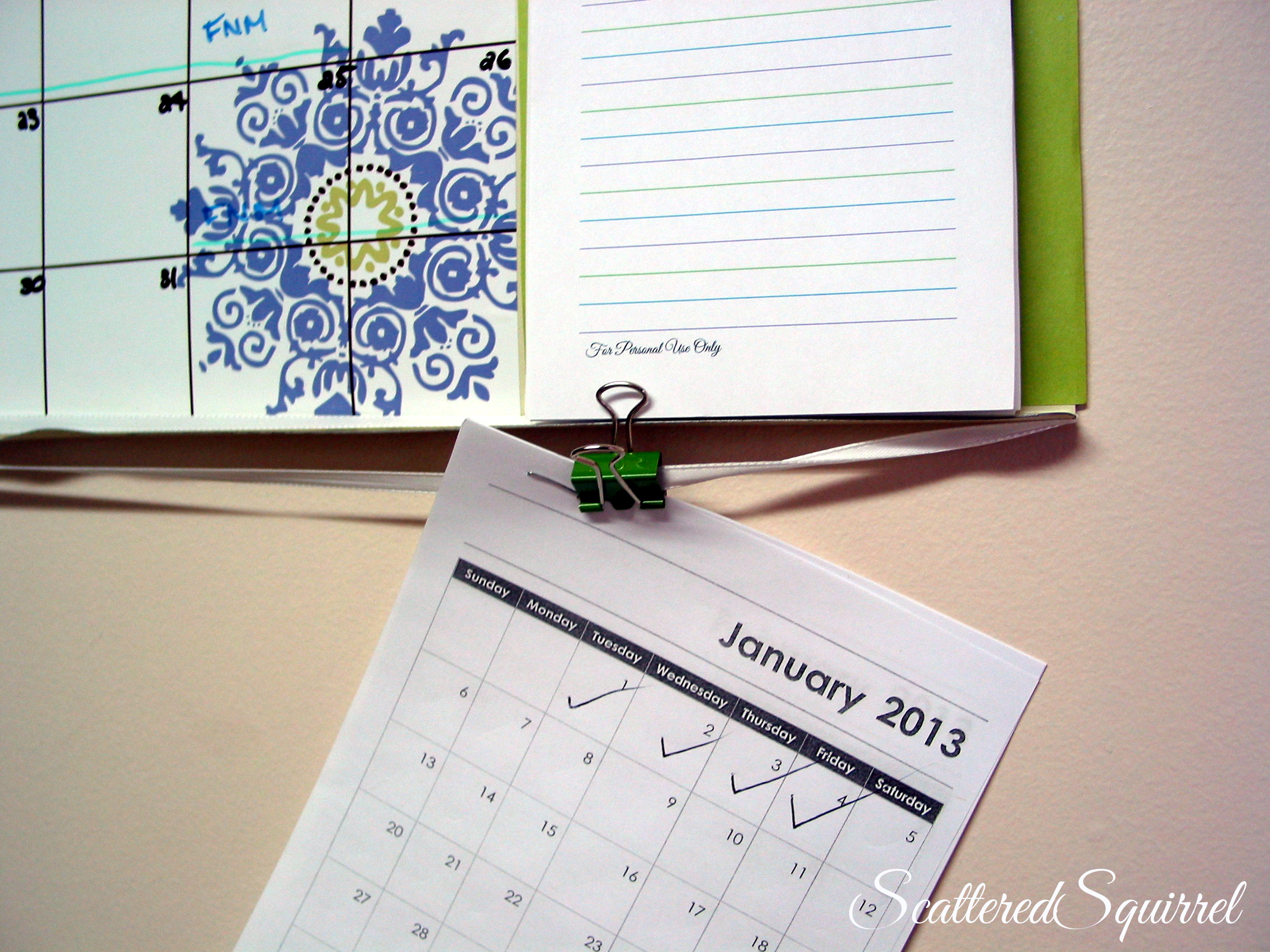 Last week, I took some time to get our pantry reorganized.  When we first moved in, I loosely organized it by sort of grouping like items together.  It was a quick fix until I had time to a) see how it functioned and how we used it; and b) pull everything out and put it…

Welcome back to the 31 Days to a Clean and Organized Kitchen series.  If you’re just joining us, you can find all the previous posts on the 31 Days tab at the top of the page.  So far we’ve organized zones, started putting together kitchen binders, and yesterday I shared some ways I’ve…

Remember those questions I talked about in the first post (here) and then again in the second post (here)?  Well, this is where we bring it all together.  We take those answers and lists and create a home “office” that works for us! Start by taking a look at where you typically work in your…