I’ve been a busy little squirrel these last couple of weeks.  Between dealing with car and moving things around in the house I feel like I just haven’t stopped.  Most recently, I decided that I was tired of having my office downstairs and Travis helped me pack it up and move everything upstairs.  I love working upstairs and having some separation from work and play, but my favourite part of making this transition is that it freed up our breakfast nook and allowed me to create a second family space or room if you prefer.   When it comes to setting up family rooms for our family I prefer to keep things as simple as possible, and as I was reorganizing and rearranging things I was reminded of all the reasons why I prefer it that way.

When it comes to our family rooms, I like to keep it simple.  Function before form is always my rule of thumb.  It’s so easy to lose sight of the purpose of a room when you start filling it with things, at least it’s easy for me to lose sight of it.  In my many attempts to make our family room function I’ve moved things in and then I move things out again.  Like the love seat…

The love seat has done the hokey pokey in this room too many times to count.  I move it in; I move it out; I move it in and shake it all about…. err move it out again.  The problem with this space, is that when we moved in, I really wanted to make it a seating area.  I wanted to be able to enjoy the fire place (which turns out, we hardly ever use) and make it a cozy place to relax and unwind in the evenings.  Travis had another vision of the space – he saw it and immediately thought ‘family room’.  Guess you know who won that contest right?  He was right about this space though, it makes a great family room and offers the boys a place to hangout, watch a movie, or play video games where Mom can conveniently keep an eye on things.  It took me almost two years before I finally gave up the fight on finding a happy medium between the two ideas, and embraced creating a space where the focus is on the boys and how they use the space first, and everything else second.

For its latest incarnation, I opted to scale things back quite a bit in our family room.  It took a little thinking and it meant giving up a few ideals, but in the end I’m really happy with the space that we created.  This room is one of those weird awkward rooms that’s hard to figure out how to use to its best potential.  There’s the fireplace, the patio door, the half wall where the hallway ends and then the rest is open to the kitchen and breakfast nook.  It’s been a challenge for me to figure it out, to be sure, but each time I get a little closer.  Here’s the latest arrangement looking into the space from the kitchen.

How and Why I Simplified Things

That last point brings me to the other purpose of this space.  It’s where we’ve made Quilber’s home.

Because hedgehogs require warm temperatures and our downstairs is always warmer than up in the winter, we set Quilber up in the family room.  It was the only inside wall where we had room for him, and he’s been very content to be here.  He likes to pop up and see what the boys are up too, and he likes that someone is almost always nearby and unfailing will stop to talk with him when he’s up.  He may not like to be held, but he loves to listen to people talk.

When I moved my office upstairs I stole the table we had his cage set up on, so we created a new stand for it using our two wire shelf units.  The far one houses all of Quilber’s things, like food, cage cleaning stuff, and his toys and hidey-holes for when he’s out and about.  He loves to explore and run around outside of his cage, which is one of the main reasons we moved the loveseat out almost a year ago.  This way, I don’t lose him under it when he decides he’s done running around and wants to hide.

The front shelf has some of Liam’s other toys that he likes to play with down stairs, and a couple of his current favourite movies on VHS (yes we still have some of those).  I really like having the shelves over here.  It’s space that was already unusable for playing in due to Quilber’s cage, but now it functions as storage.  Best of all, with little room for extra stuff the family room doesn’t get over run with toys.

After almost two years of having my office take up some or all of this space, it’s nice to have it back as a breakfast nook.  Though we haven’t actually used it for breakfast, it is getting some use in the afternoons when Liam can sit in there and work on spelling words while I’m cooking dinner.  Or he can grab his paints and not worry about having to be done before dinner, because he can come back to them after.  And I’ve enjoyed having the extra work surface when I’m in the mood to bake.

Being mindful of the fact that we have a dining room where we do almost all of our eating, I knew this space would be used more for other things like crafting and homework, so when I set it up I tried to keep things simple, just like the family room.

I also opted to leave my DIY whiteboards in here and now we’re using them for family reminders and as a way for me to nail down our housekeeping schedule.  Eventually I may change them out for something else, but for now they work, and they keep the wall from looking empty.

The one thing I haven’t done is move our family calendar back in.  It’s still on the fridge, though I really don’t like having it there.  You live you learn right?  Just like my housekeeping schedule, I’m not sure what to do for our family calendar.  I know we need one.  I was a week late getting the calendar switched over from April to May and it drove all of us nuts, even Liam was thrown off by it.  I just need to come up with something that is going to work for us.

All in all, I’m really happy with how these two spaces have come along.  Keeping things simple in our family rooms and keeping the functions, or the purposes they serve, as our primary focus has really helped create a space the gets used, loved, and maintained in an easy manner.  I’ll gladly sacrifice form for function any day.  Once upon a time, a long time ago, I said that on this blog you wouldn’t find staged photos.  I was going to show you the real world, this is how I see it at this moment view.  Sometimes it isn’t all that pretty, though I think these spaces are pretty in a simple way.  Seeing as how we’re moving this summer or next, I’m not going to make any future plans for these spaces, instead I’m going to focus my energy on making memories in them.

When you’re organizing a room, which comes first for you – form or function?  Do you have any tricks you use when organizing or setting up family spaces? 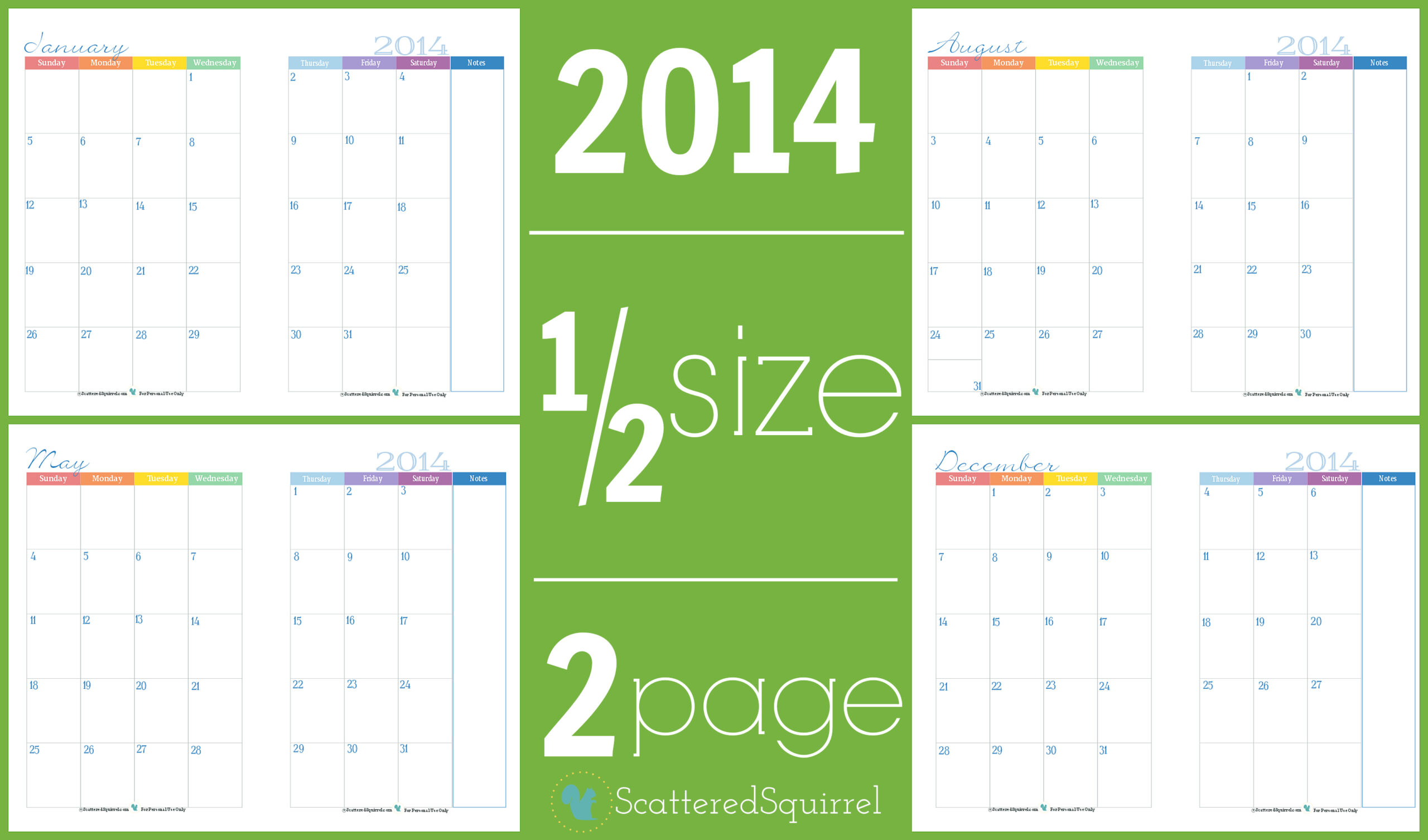 Happy Saturday everyone!  I hope you all are having a wonderful weekend.  I’m sorry for not posting yesterday, but the hubby and I decided to head out to check out the Black Friday specials at some of the stores.   I was busy finishing up the printables for today though, and I got a jump-start… 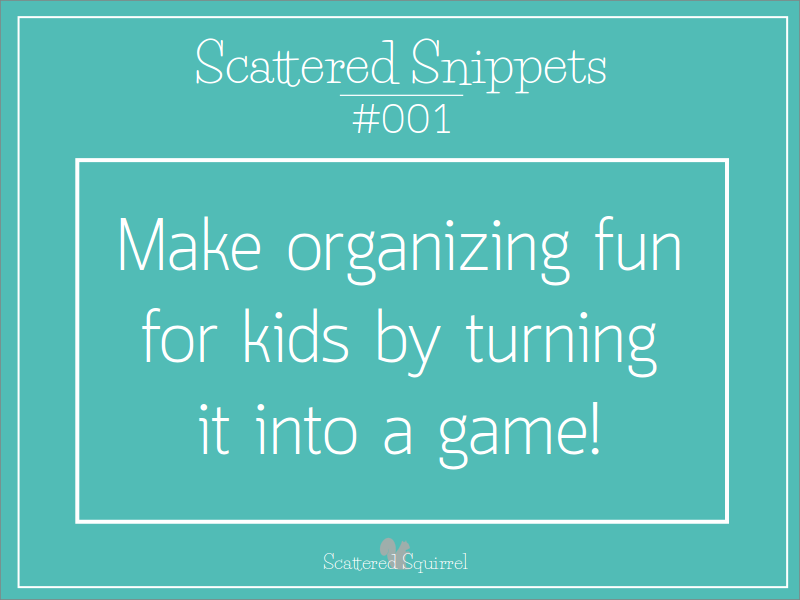 Ok, so maybe your kiddos won’t actually thank you, but I promise they’ll have a lot more fun!  Let’s face it, organizing can be a lot of work at the best of times.  Our kid’s are busy little humans and there are so many other wonderful, fantastic, and enjoyable things they would rather be doing… 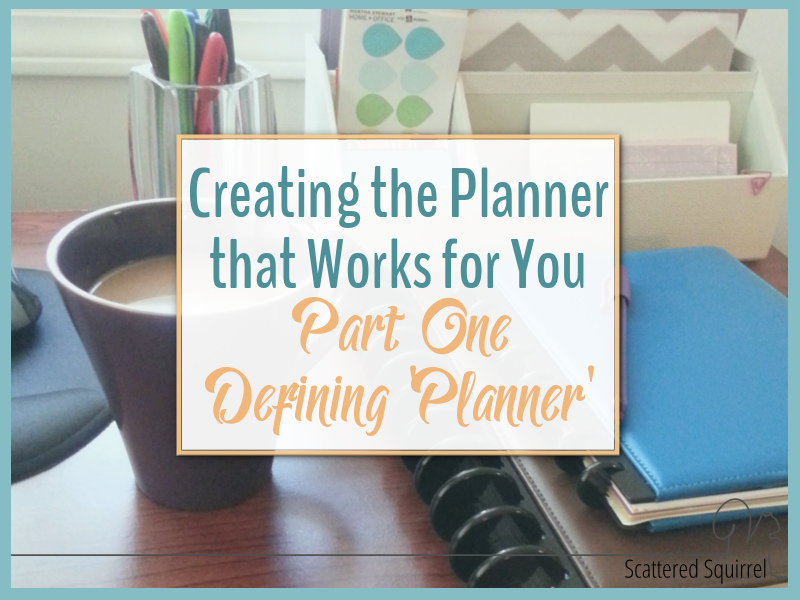 I firmly believe that a planner is one of the most valuable tools anyone can use.  Whether you are already organized or just starting your journey to a more organized life; whether you have a wonderful handle on your time management skills or are like me, still struggling to build the right routines; a good… 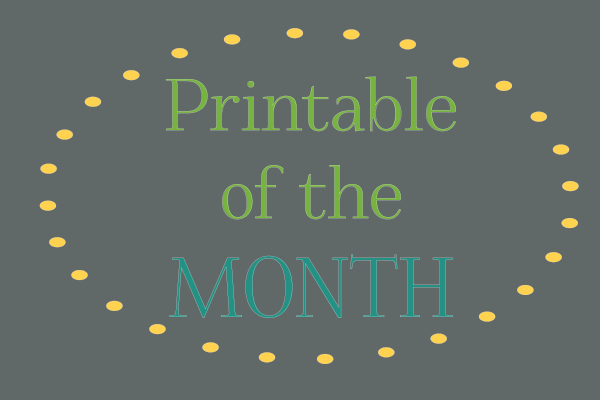 *** This offer is now over, check the Printable of the Month tab for the newest one *** Happy Thursday!  I know this should have gone out yesterday, but I wasn’t one hundred percent happy with the printable, so I thought I would give it a day.  Thanks to a hiccup in our internet the Printable of… 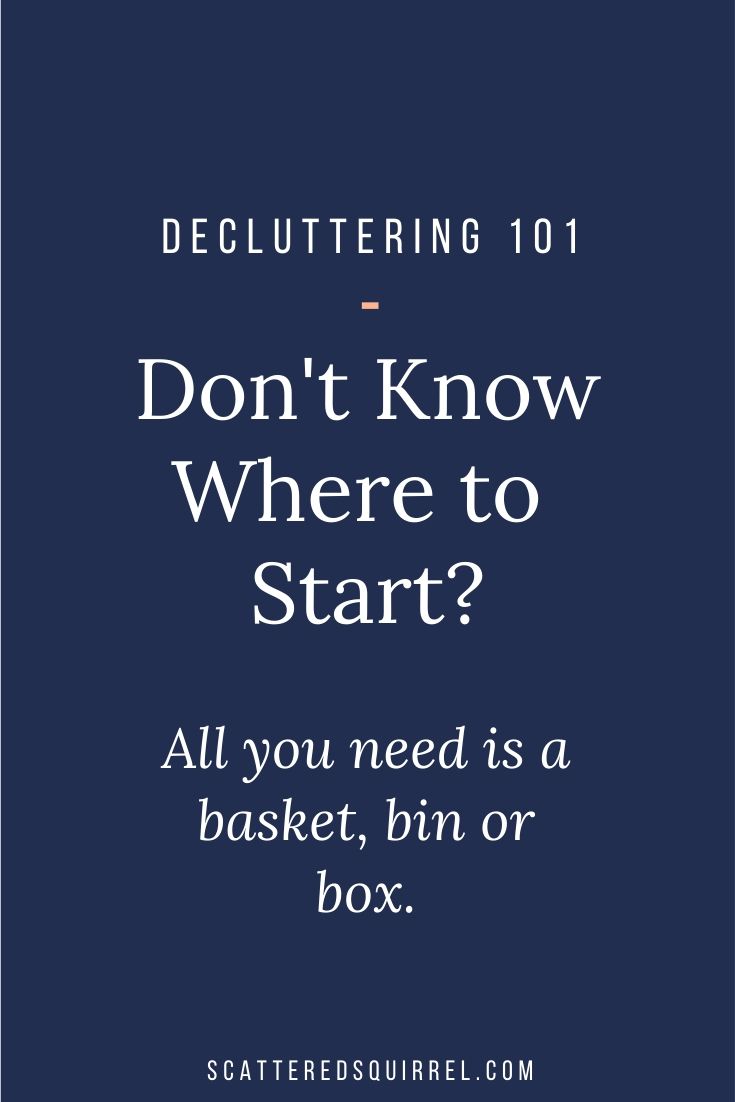 Happy Wednesday everyone!  We’re halfway through the week, and I am already longing for my Saturday morning sleep in.  We had an extra-long weekend last weekend, as both boys were out of school for the Friday as well as the holiday on Monday. Yesterday I was with Liam during his field trip and now I’m… 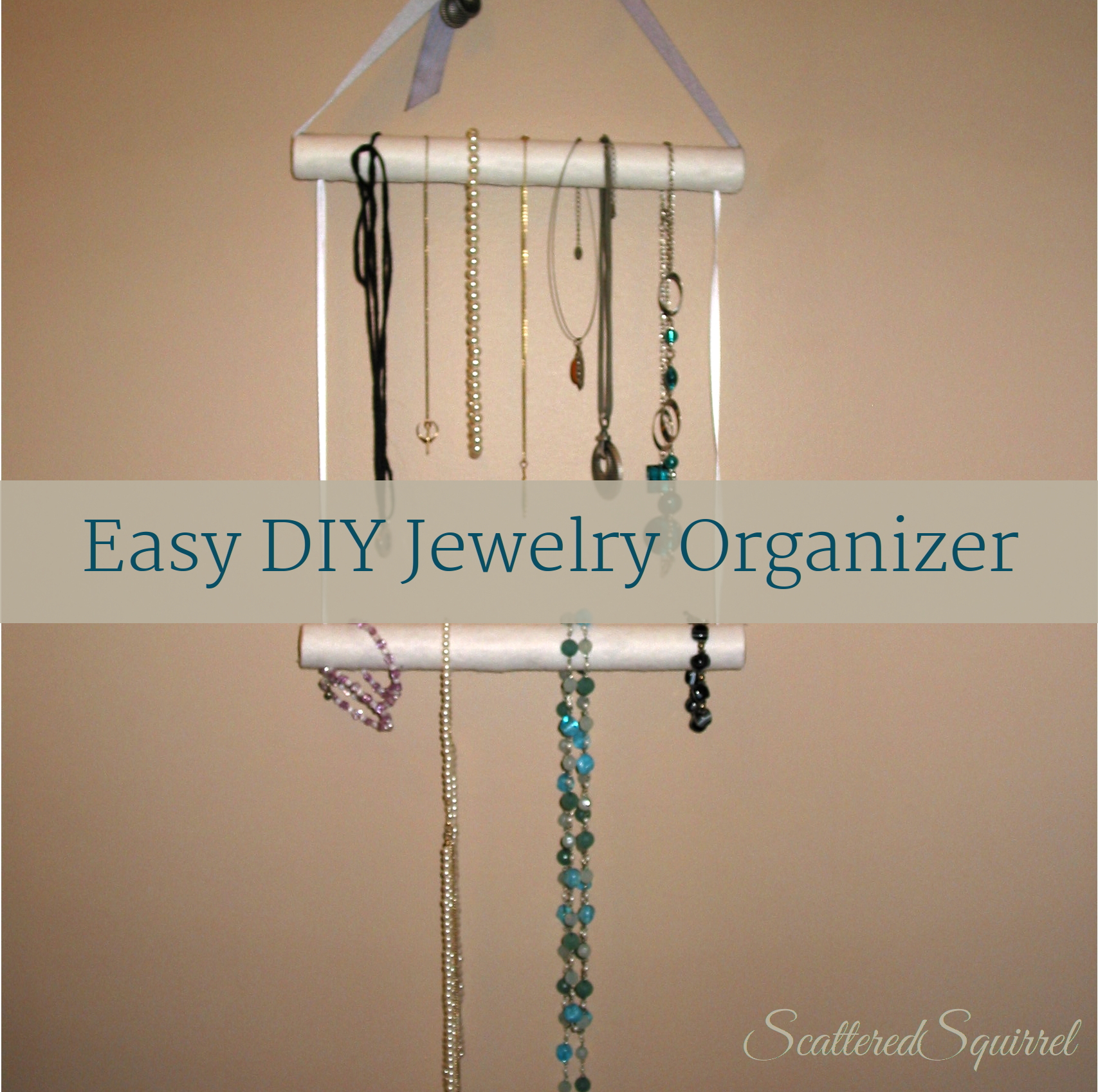 Can you believe July is half way over already?  Where oh where does the time go?  I’ve been keeping busy by tackling all the little organizing projects that sort of got pushed aside throughout the school year.  And I’m FINALLY tackling our master closet.  I’ve been wanting to get in there for a while, and…