Happy Friday and happy last day of February!  I cannot believe how fast this month has passed.  Actually I can, it’s a short month, and I was sick for a whole quarter of it!  lol  Do you have any big plans for March?  I’m itching to get started on some spring cleaning, especially on days like today when the sun is shining and it looks so spring like outside.  (If you ignore that patch of snow of in the shady spot of the yard)  I think I have another week or two of waiting though.  I want to start with the windows this years and they clean better when the glass isn’t too cold.  Just means a little more time for reading!  Speaking of which, here is this week’s book review of The First Prophet by Kay Hooper.

Again, I have nothing but nice things to say about the character’s in this book.  Keeping in mind that this is the first book in a new series, I think as far as introductions go, it was great.  I really liked that the main character struggled to accept her ‘gift’.  She didn’t jump in and embrace it and I think that made her a little more real for me.  I also really liked (minor spoiler alert) that her co-protagonist was not psychic.  There is a lot to be said about mixing things up.  The fact that a non-psychic and skeptic helps her through her journey adds a wonderful element to this series.

A new big bad is introduced and I’ll get more into this in the plot section, but I just wanted to put it out there, that as far as development goes, you only get a glimpse into this antagonist.  There are also two sets of mystery characters.  I call them mystery characters, because it’s not obvious at first which side they are on.  I really liked this twist with the characters because it added to the tension of the story.

Kay Hooper is a wonderful story teller, and you can tell it in this book.  The plot lines are intricate and the flow between and around them is fantastic.  Sarah, the main character, finds herself on the run from some mysterious bad guy.  She has a gift she’s not sure how to use, and not sure she wants.  First you have the story of her, and how she’s grappling with this new way of life and her beliefs.  Then you have the secondary protagonist who is helping her, and challenging her, and supporting her, and you have the resulting romance.  Then you have the bigger plot line, the big bad, and what they want and how they’re trying to get it, and on top of ALL of that, you have the seeds being sown for a whole new series.

I’m a huge Kay Hooper fan, even though I’ve only just been introduced to her books, and this book did not disappoint.  After reading this book, I checked out some of the reviews and realized that not all Hooper fans agree with me.  Here’s my take on the book as whole.   Maybe it is because one of my favorite genres is fantasy, and that genre has been known to produce some epic series, or maybe it’s just that this sort of thing suits my personal tastes, but I absolutely loved the mystery and the threads left dangling in this book.  This is book one of a brand new series!  You have to expect to walk away with many more questions than answers.  You have to expect to not have all the facts, and not know what the end game is.  That’s the way a good series begins.

At the end of the book all I could think of was the many different directions this series could take.  I think it is going to be fantastic.  When it comes to a series, it’s easy to forget that the first book is often the most awkward.  You’re introduced to so many things and people.  Generally speaking, the first book of a series usually introduces some repeat characters, so development of said characters is not always as definitive as it would be in a stand-alone.  The author must think ahead, and give you enough to get hooked without giving everything away.  If you read alot of trilogies then you know that book one is the beginning, the major plot line is started, the characters are introduced and so on.  The second book is the middle.  It builds on that main story line and drives you on towards the end. And book three is where everything comes together and the story ends.  In a series, the beginning itself could take two or three books.

You also have to keep in mind that the author may not yet know everything about the series.  Many times a story will begin to take on a life of its own, and some times, those are the stories that end up being the BEST!  All in all, I was thrilled with this book.  It left me wanting more.  I want to know what’s going to happen next to the characters.  I hope we see them again throughout this series.  I want to know how Bishop is going to play into this, if we’ll see more of him and Miranda and their teams in SCU and Haven.  I can’t wait to see what the big bad ends up looking like, and finding out how it all goes down.  And I hope Ms. Hooper writes the next book soon!

In conclusion, I wholly recommend this one.  It has the makings of great things to come.

Next week I’m sharing one of the books I read while I was sick; Instant Temptation by Jill Shalvis.

Do you like epic series?  If so which one is your favorite?  Have you read any good books lately?  I would love to hear about them!

I feel as though there is so much to do and so little time, and there really aren’t enough hours in a day.  My life also seems to be full of cliches lately too!  It really is getting hectic.  I had all sorts of things on my to do list that I haven’t gotten to…

Happy Friday everyone!  I can’t believe it’s been four weeks already, the time is sure flying by.  I am a few books ahead of my goal, which is thrilling. I’m sure there will come a point, later on in the year when I’m thankful I took the time now to read more than just one…

I believe that holiday traditions are a big part of what make this season so magical. Winter is just beginning and we’re winding down the year with a whirlwind of festivities sprinkled with these quiet, magical moments.  Holiday traditions are my favourite part of the season.  I love sitting around the tree on Christmas Eve… 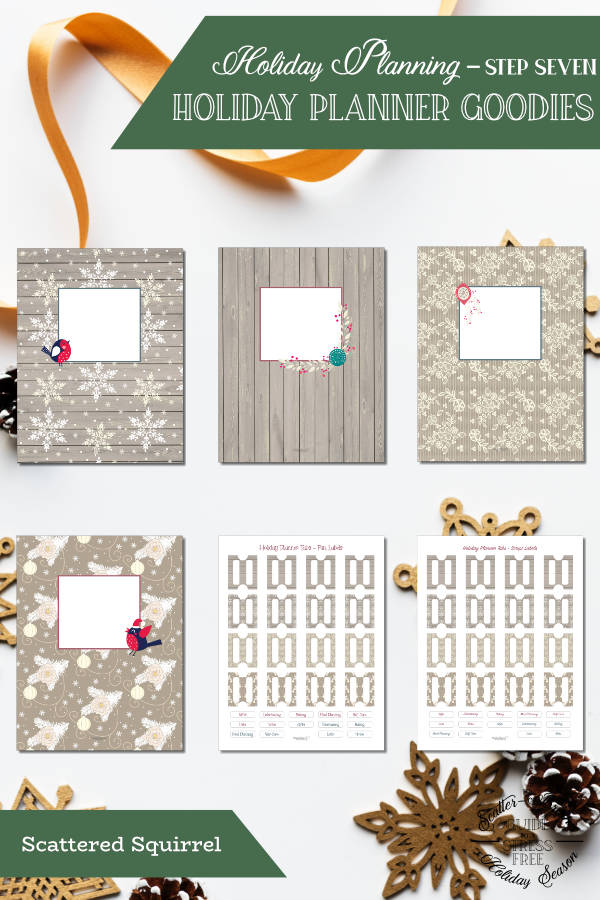 Now that we’ve got all our holiday planner printables printed and filled out, we need a way to organize our planners so they’re easier to use.  That’s where the holiday planner dividers and tabs come in handy.  They’re a great way to add a little holiday cheer to our planning while bringing with them some… 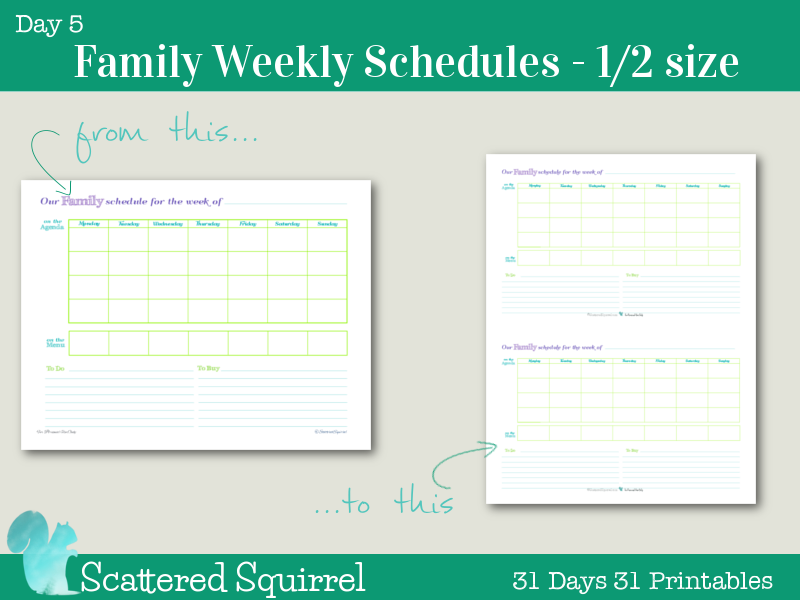 Welcome to Day 5 of the 31 Days 31 Printables series.  Sunday is my planning day.  Every Sunday afternoon I make up a cup of tea and plan our week.  Some weeks this is as easy as checking the calendar and noting down anything of import into my personal planner.  Other weeks it means paying… 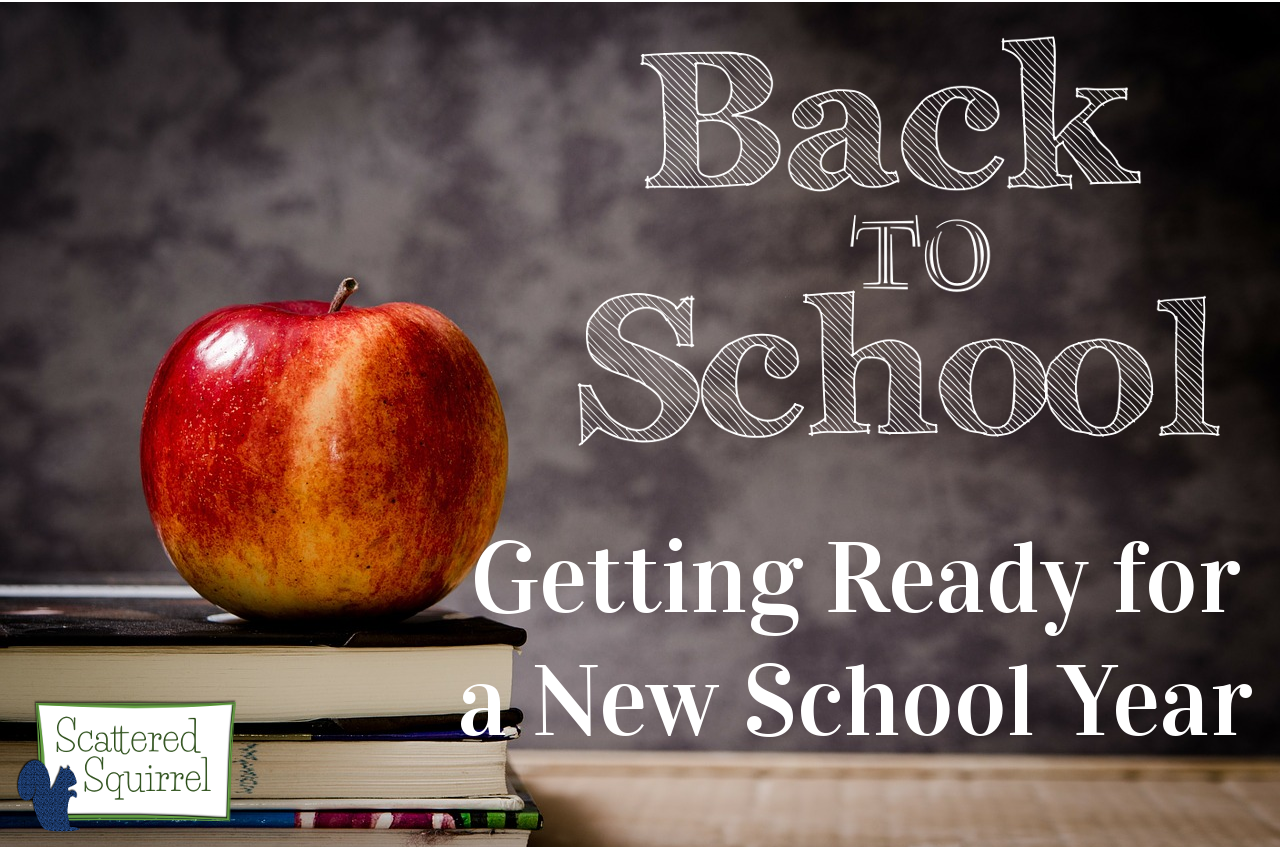 Back to School season is upon us. I can’t ignore it anymore, not with my blog feed filling up with wonderful posts, or the flyers showing up with the paper.  We may still have five weeks left of summer vacations here, but there is a whole lot to do when getting ready for a new school…