For the last two weeks I’ve been existing in a sort of limbo.  I didn’t realize just how much of a limbo until I sat down to write this post on Monday.  I worked on it on and off the past two days and still never got it finished.  I either ended up overwhelmed by emotions I didn’t know I was bottling up, or it got so long that even I couldn’t make it all the way through reading it.  I feel a little more grounded and settled today, and I think I’m finally ready to share the story of our moving adventure, and oh what a story it is! 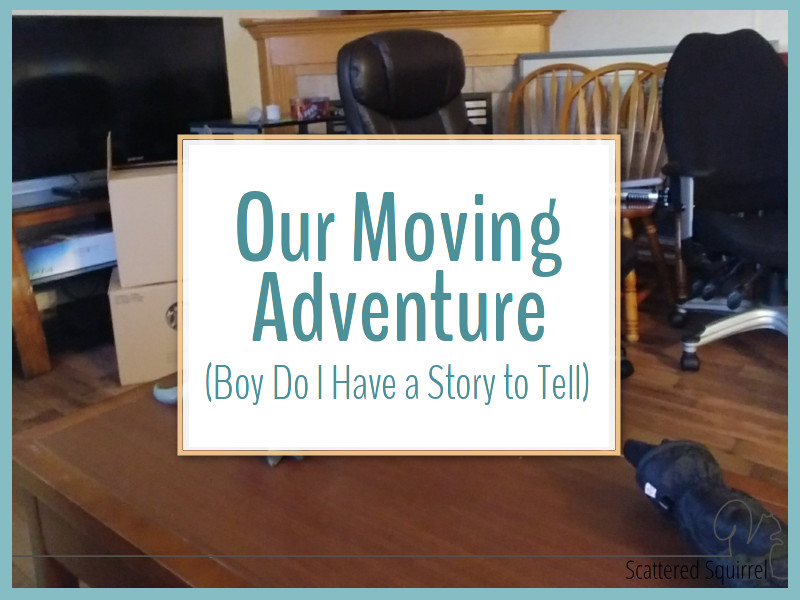 It’s been two weeks since we finished loading the truck and hit the road for the first leg of our move.  In some ways it feels like longer and in others it feels like it was just yesterday.  If you follow me on Facebook or Instagram, then you already know that this move did not go according to plan.  There were so many bumps along the way that you would think we were just winging it.  In the end, that’s exactly what we had to do.

The Lead Up to Moving Day

It all started with the U-Haul truck, and I’m not laying blame here, this is just where it started.  We finally got the truck almost THREE hours later than we had booked it for.  Now we booked the truck online at the beginning of October, this should not have been an issue.  Sadly it was, and it put it us behind before we even really got started.  It was a rush to get the clutter that couldn’t be donated or sold loaded to take to the dump.  Because we were rushed, we missed a bunch of stuff, which meant my poor husband was taking more stuff the next day.

We were still packing and loading the truck Monday morning when the guy came to clean our carpets.  Talk about fun times!  My husband and I had carefully planned these two days out.  We were planning to be gone around noon on Monday.  In the end, we didn’t leave our old home town until after 6.  That’s when things really went sideways, almost literally.

The first leg of our move was supposed to be four hour drive to my parents’ place, who we were going to stay with for Halloween.  By this point in the day I was starting to feel energized and excited to be on the road, beginning our new adventure.  The boys and I were in the Jeep, following my husband who was in the moving truck.  All was going good until about an hour and a half into the drive.  We were slowing down for a corner when things went really wrong.

I hit a patch of black ice as I was braking and it caused the Jeep to fishtail.  Because the shoulder on that stretch of highway isn’t super wide, there wasn’t enough room for me to properly correct and control the skid.  We hit the cement barrier and it kicked is across the road into the ditch.

It sounds bad, and it was.  I won’t lie.  But the important part, the part I keep reminding myself of over and over, is that it could have been much, much worse.  The boys and I are all ok.  The airbags deployed as they were supposed to.  All our doors opened, seat-belts came off easily.  My oldest suffered the worst of the injuries with a broken wrist that required surgery to properly set.  My youngest had a sore chest and a couple of bruises from the seat belt.  As for me, I’ve got either a sprained ankle or avulsion fractures (don’t get me started on how that revelation happened) sore chest muscles and badly bruised lower legs.   But we’re all ok!  We walked (or hobbled) away from it.  In the end, that’s all that really matters.

I honestly don’t know what we would have done without all the people who came to help us.  From the caring strangers who pulled over and came to help get me and the boys right away and went and got proper help, to the first responders and ambulance crews, to the doctors and nurses in the ER we were taken to – I can’t begin to express my gratitude to all of them.

My parents and my uncle deserve a special shout out too!  They made the drive to come and get us and take us to their place.  I don’t know what we would have done without them.  My Jeep was a write off and the moving truck only had room for three.  We had already turned in the keys to our old house but we hadn’t yet taken possession of our new one.  It was a bizarre place to be.  Without my parents and my uncle I’m not sure what would’ve happened.  Not only did they come and get us, my parents took time off work to help us finish the move. We’d still be crashing at their place without their help.  They worked with Travis to figure out the logistics of getting everyone here safe and sound.  They helped him plan the route and the stops and everything else.

So, the move that was supposed to take us three days ended up taking us six.  We left out old hometown Monday night at 6 pm and arrived in our new home town Saturday night around 8 pm.  It was a crazy journey to get here.

Before they headed home my parents helped Travis unload the truck and helped us get the essential unpacking done.  I still get teary eyed thinking about everything they did to help us.

We’ve now been in our new home for just over a week and we’re slowly settling in.  Travis has been taking care of everything as I can’t lift much yet and our oldest can only use one arm.   He credits being able to get everything set up so quickly to my packing list.  It’s made his life so much easier as he doesn’t have to go hunting through boxes to find what he needs.  He just checks my list and goes from there.  Even my parents liked and used the list!  So that’s most definitely one BIG win for this move!!  In a move where so much went so wrong, it’s nice to know we got a few things right along the way.

My blog planner tells me that I’m supposed to snapping pictures and writing posts about how I’m organizing the different areas of our new home.  I also planned to write a post about the challenges and advantages of moving to a smaller home.  Since the house isn’t really organized, and will probably have to wait the requisite 4-6 weeks I’m stuck on crutches for, I won’t be able to get any of those posts done.

Instead, I’m going to working on updating some of the printables to match the 2018 calendars.  I’ve also got black and white holiday planner printables on my list of ones to make as well.  Those will coming out later on this week.  I’m also going to finish up the From Scattered to Sane series.  It’s missing its final few posts and I keep meaning to finish them and never have time.  So be on the look out for those as well.

I can’t promise how often posts will go out while I’m healing, but they will be coming.

Do you have any moving adventures you’d like to share?  Suggestions or tips for combating boredom while healing?  Chime in below in the comments!  I may not be able to respond to everyone, but I do read each and every one! 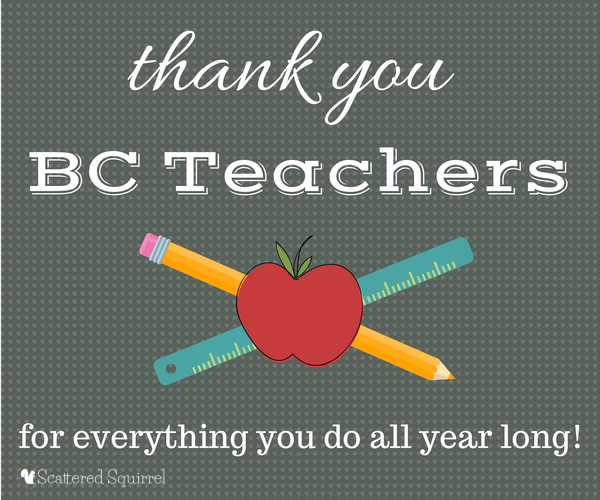 Happy Friday everyone!  Today I’m switching gears a little bit.  If you live in BC (British Columbia,  Canada) or know someone who does, you’ve probably heard that our teacher’s are currently negotiating a new contract with our Provincial Government, and I would go into that more, but I fear it would turn into a rant… 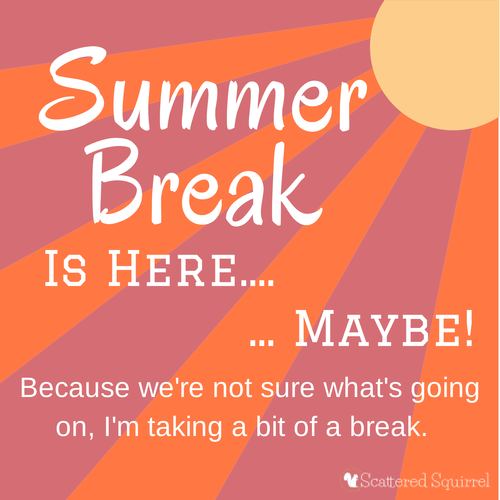 Hello Scattered Squirrel readers!  How are you this fine Thursday morning (or afternoon, or evening, depending on where you are in the world)?  Things around here are a little on the confusing side, with the current situation developments (or lack thereof) between our teachers and the government. In the Thank You BC Teachers post that I…

I didn’t post one of these last month, because I didn’t read anything new.  Not a new author, not a new book by an old favorite . . . nothing new.  Which, at the time, seemed to mean nothing to write about, but oh, I was sooo wrong.  You see, I’m a repeat reader.  I…

Happy Wednesday everyone!  Welcome to my very first Reader Survey.  I’m pretty excited about this.  It’s a chance for you to tell me what you like, don’t like, want to see more of, want to see less of, around here on this little ole blog of mine.  The survey is completely optional, but I would…