Welcome to Day 2 of the 31 Days 31 Printables series.  I seem to have started trend of ignoring my own limits.  Just like yesterday’s post, today’s post has three printables in it.  I know I said yesterday that I shared all three at once because I didn’t want to spend three days sharing similar printables just to keep to the 1 per day limit.  However, I couldn’t get the checklists out of my head.  In fact, as I was working on the checklist post yesterday I kept thinking about a comment I received with a suggestion for a printable.  I kept coming back to the idea that a check list would be a great solution for that request, so I got to work on it right away.  Then I started thinking about all the ways checklists can be used, and I decided what I really needed was a blank one that could be used for anything and everything.  So, I would like to introduce you to the Whatever You Want Checklists. 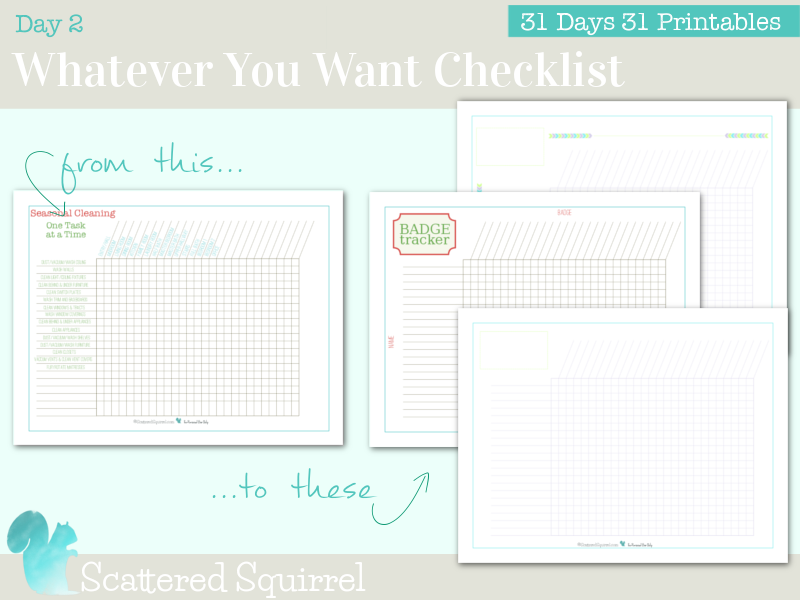 In case you missed it, yesterday’s printable was an update to my spring cleaning printable.  You can read the whole post here, or just check out the photo below. 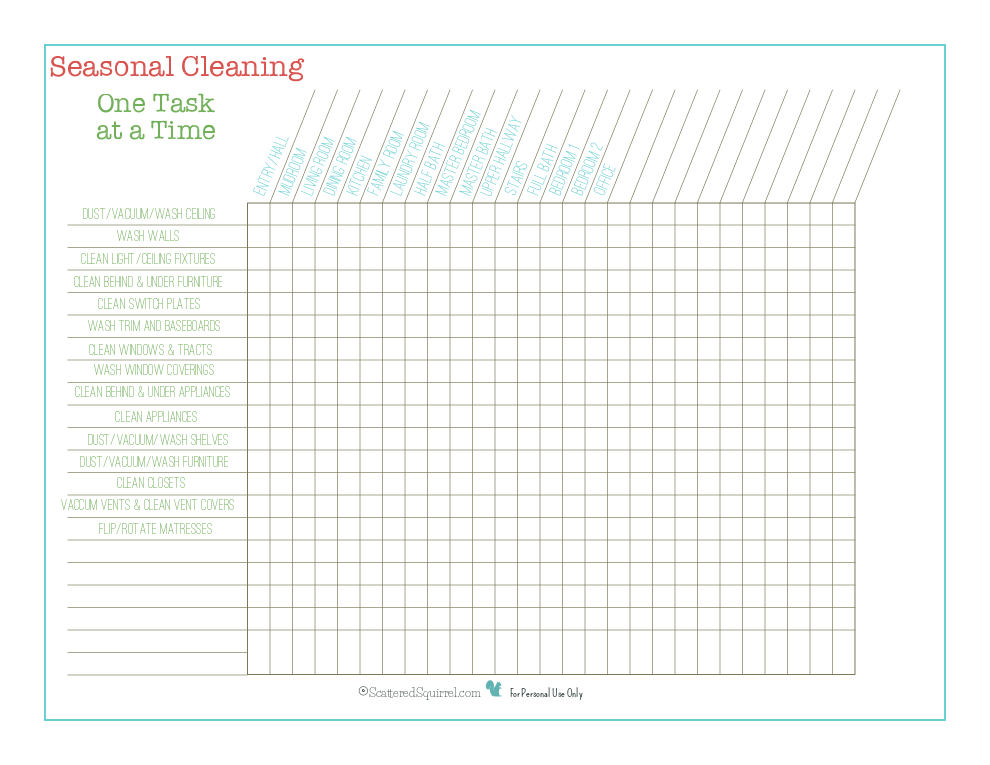 Checklists have so many practical uses, I could probably spend the whole month making different checklists for different things, and still not have every possible use for them covered.  Truth be told, as much as I love checklist, I think even I would be sick of them long before the month was through.  But I really wanted to be able to offer up something that you could make work for you, in whatever capacity you need it to, so I made up some blank ones for you.

Whatever You Want Checklists

Technically speaking, this first checklist is not strictly a Whatever You Want Checklist, however you could use it for more than it was specifically made for.  Earlier this week I received a comment that stated the following:

I have been searching high and low for a printable a for girl scout brownie leader. I really want to have a printable that will help me keep track of the badges my girls earn.

And yesterday, as I working on the seasonal cleaning checklist, I kept coming back to that comment in my head.  A checklist would be a great way to keep track of who has earned which badge.  I could not resist making one up.  I love nothing more that being able to create something you need and that will be useful for you.  Then, the more I mulled it over, the more I realized that Girl Scouts aren’t the only ones who earn badge.  There are a ton of other kid programs that use a similar system, so I opted to make more of a generic one (I hope that’s ok) so that it can be used by more than one group.

Shortly after I made that one, I decided, what the heck, I’ll make a completely blank one.  I know I’m not the only one who loves using checklists.  (Or maybe I am, and am just more weird than I thought?)  I kept it super simple, with just a box to jot down what the checklist is for. 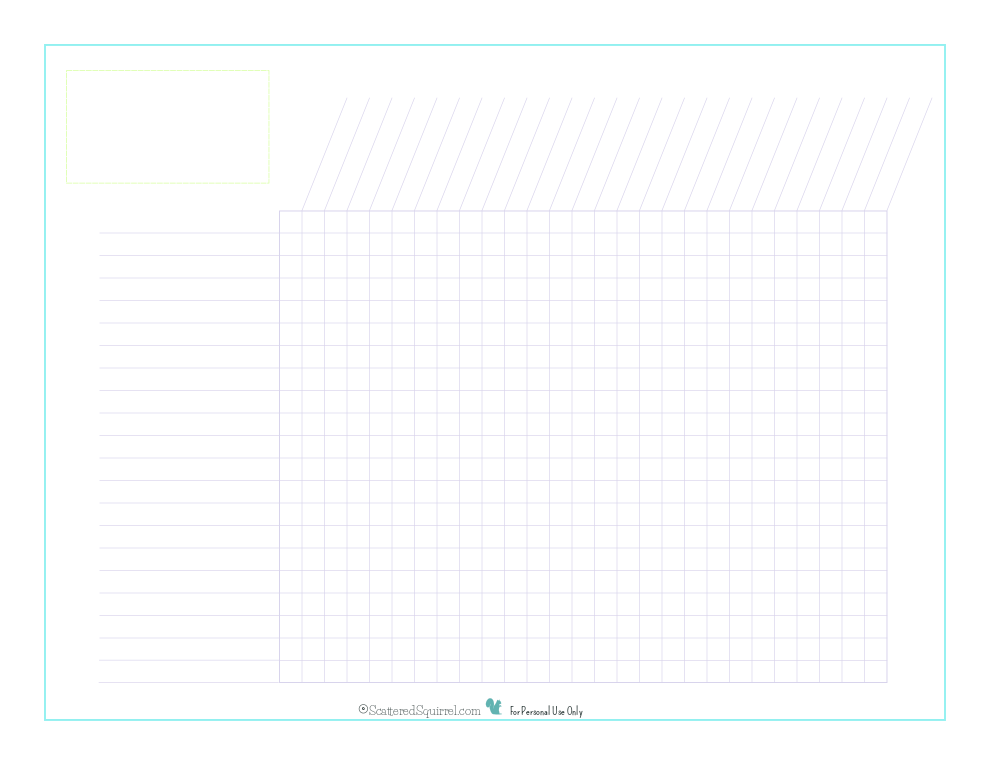 Pretty basic I know!  I could have just stopped there and called it good.  I mean seriously, how many checklists can one person make?  (psst-the answer is ALOT) But I just could not leave it alone.  It needed something more; a little oomph, a dash of pizzazz… it needed chevrons. 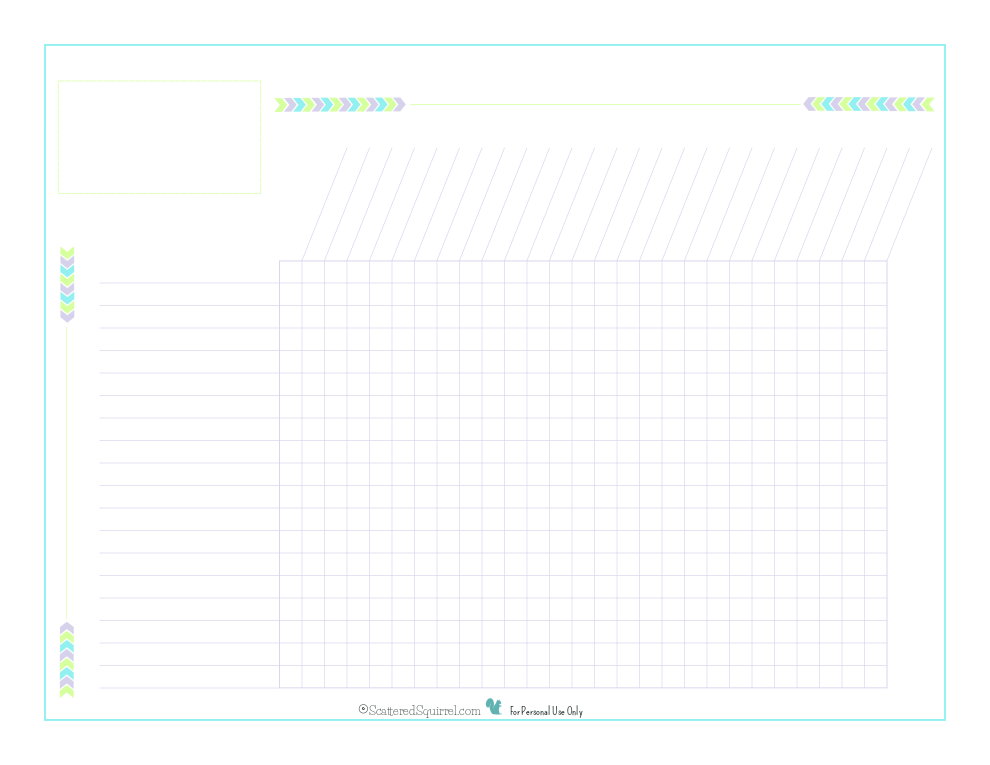 I find it amazing how you can take one idea, roll with it, and end up with multiple different uses for it.  Back in the spring of 2013, when I made that first one for the spring cleaning post, I never would have dreamed that I would end up using the same format for a few different printables.  I love it when stuff like that happens! 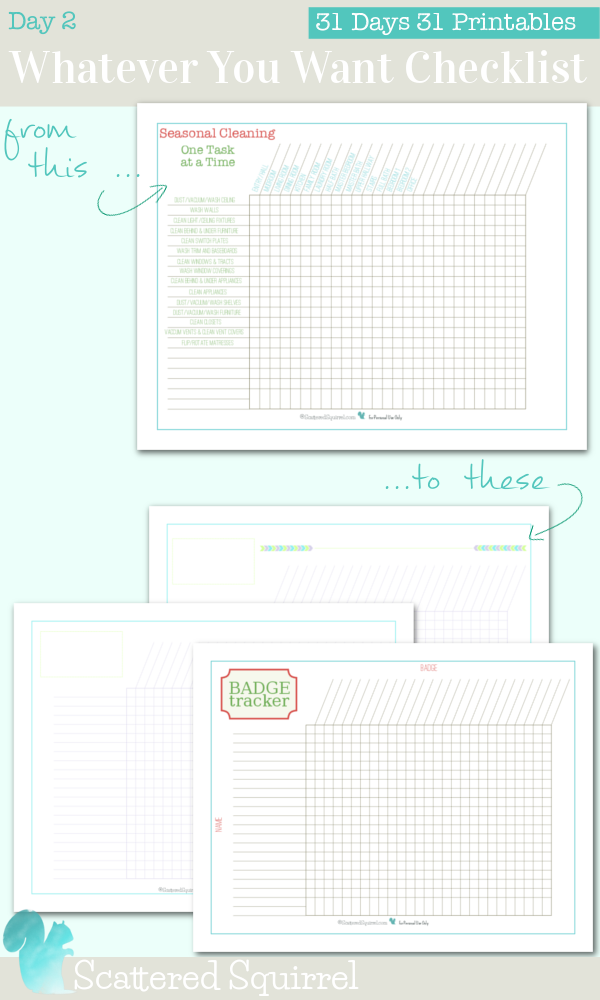 What do you checklists for?

Don’t miss out on the fun!  To get posts delivered right to inbox head on over to the side bar and subscribe by email.  Check out more 31 Days series over on the 31 Days site.

I’m linking up at these great parties. 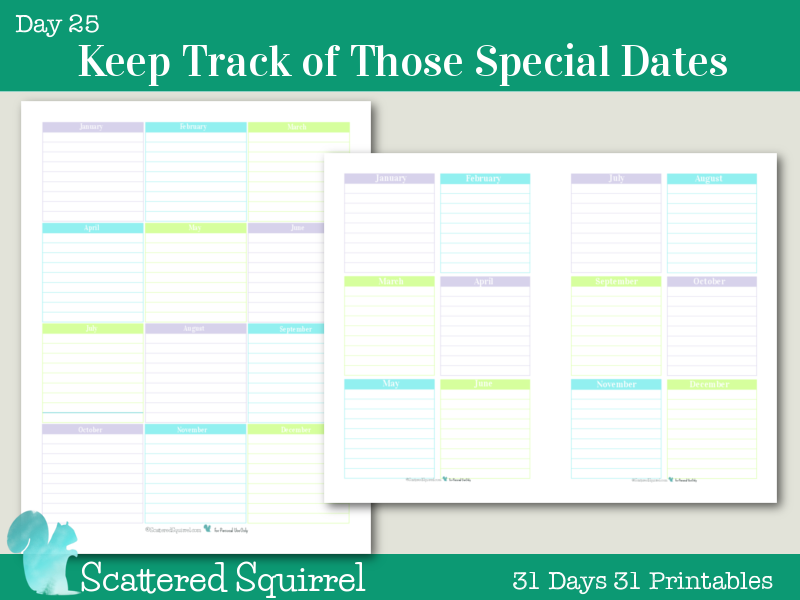 Welcome to Day 25 of the 31 Days 31 Printables series. If you are just joining us, I’m ending the month by updating and refreshing some of my personal planner printables.  These are the printables that I currently use, or have used in the past, to help me stay on track when it comes to managing my… 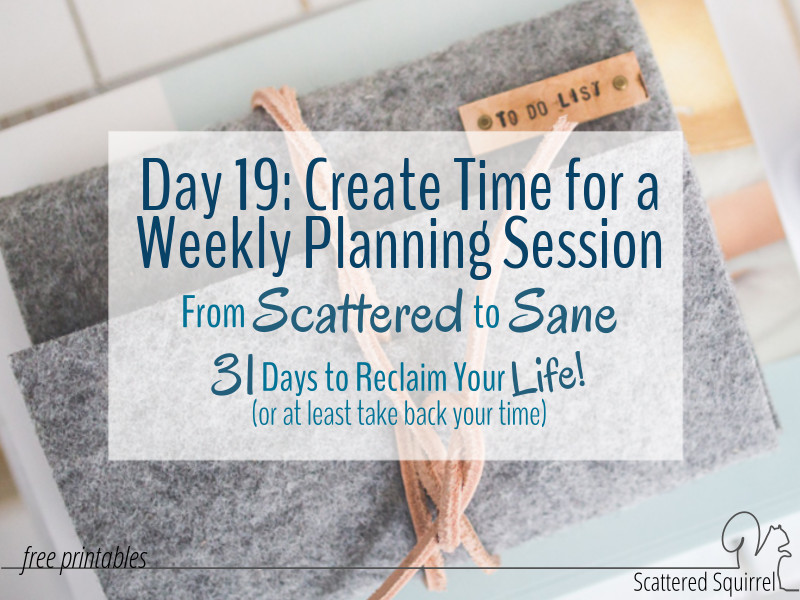 In the last couple days, we’ve started looking at life after this challenge.  From the beginning, we’ve been focusing on building that foundation routine for our daily and weekly tasks, but there is so much more to life and what we need and want to do than just three things.   We talked a little… 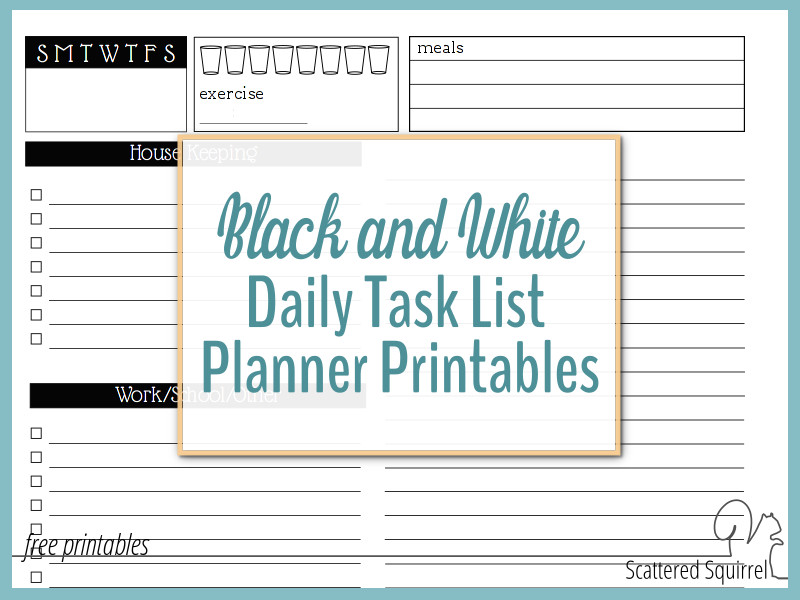 Welcome to the next installment of the Choose Your Own Black and White Printables series.  For those just joining us here’s the run down.  Each week I’m sharing black and versions of existing printables.  The series will run until the requests stop coming in or I run out of printables to convert.  If there is… 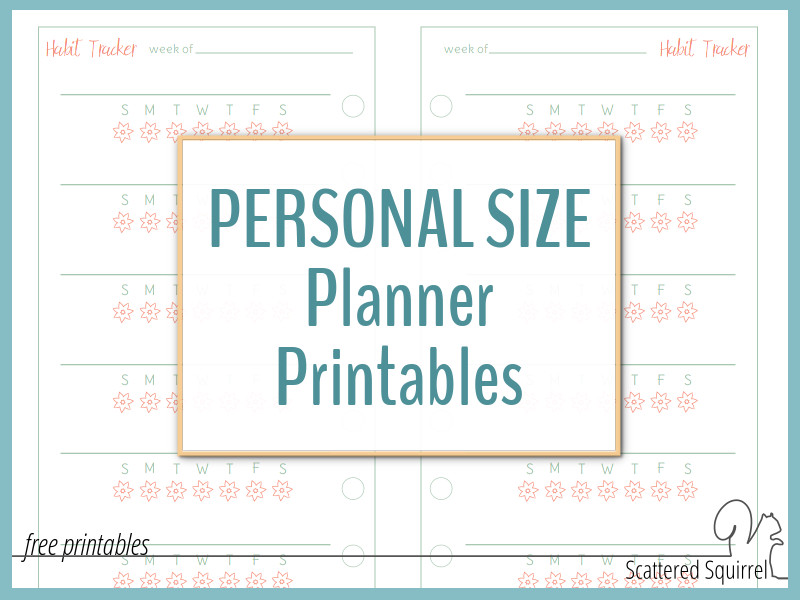 I’ve been working on a secret little project that I’ve been dying to share with you all – actually, I’ve been working away on a number of different projects that have kept me hopping behind the scenes.  Today I’m sharing one of those secret projects with you, and I think some of you will really… 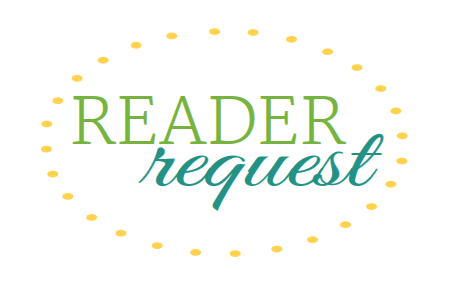 Happy Wednesday everyone!  Can you believe it’s the last Wednesday of January all ready?  Where has the month gone?   Things around here have been busy, not crazy hectic, just steady.  I’ve had time to work on some printables that have been suggested by some of you, and I thought it would be a great… 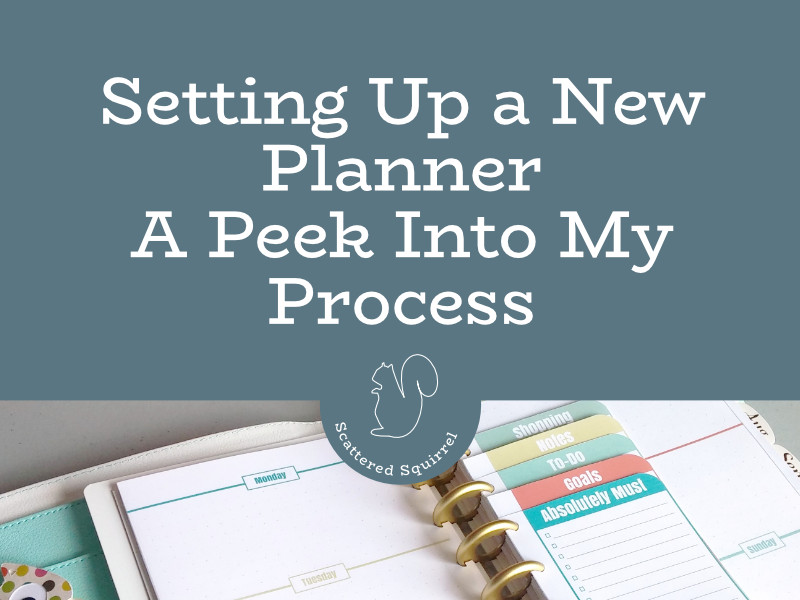 I have a confession to make – my planner stopped working for me.   It happens.  Life changes or our needs change in some way and what worked before doesn’t always continue working for us.  You know what I always say – make your system work for you, not the other way around.  So I’ve…