Ok, so I’m a week overdo with getting this post put out.  That’s just the way Halloween went this year.  I was totally unprepared and then BAM it was here.  Considering I didn’t get around to getting the outside decorations up until the afternoon of Halloween, I’m surprised I’m getting this post out here now instead of at Christmas.

Normally, we don’t do much in way of Halloween decorating.  Normally, Travis carves some crazy jack-o-lanterns, the kids carve theirs and we call it good.  This year though, the weather was milder (I cannot tell you how much I am enjoying living in southern BC again!  I’ll take rain over frostbite temps and snow any day) and we were going to hand out candy.  Well, that was the plan, but Travis was on the early morning shift, which meant he was going to be heading to bed around the time the Trick-or-Treaters were going to start showing up, and our Teen decided to go hang at a friend’s place, leaving no-one to hand out the candy. My solution to this was to make up a sign saying “Shift Worker Sleeping, Please Take 2 They’re Small, Have a Safe and Spooky Halloween.”  (I took no pictures of the sign 🙁  Bad blogger, no more Halloween treats for me)  Let me tell you though, I QUINTUPLE checked the spell of Shift, because when I first typed it I missed the F.  I caught the mistake as I was typing, but it made me a little paranoid.  Not a spelling mistake I wanted to be making!
So here’s our little set up outside.  Nothing fancy, but it was kind of fun.  I’m thinking next year we’ll have to do a little more.  Yep, I’ve caught the Halloween decorating bug! 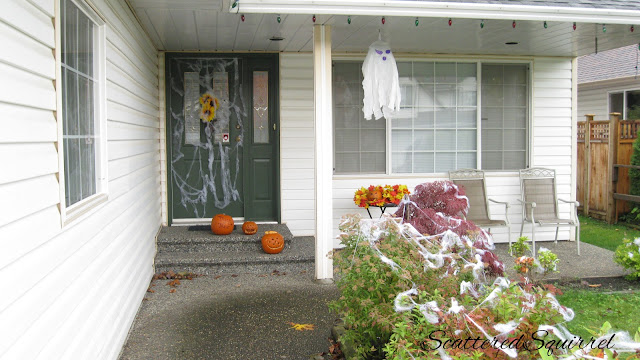 Nothing overly fancy, but it was fun.  The front door looked better when I had it open to add the spider web,  Then I made the mistake of closing it.  🙁  I blame the wind…. 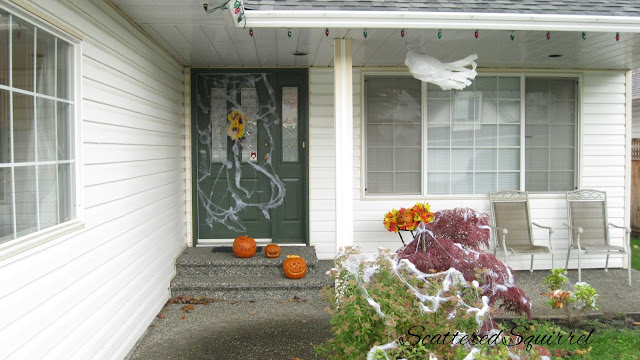 See how windy it was?  That cottony spider web stuff and the wind don’t mix very well. 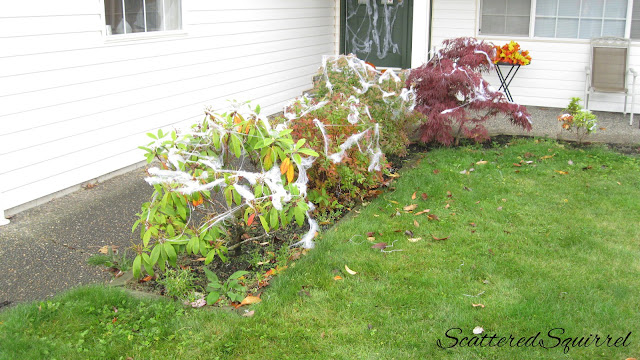 I did manage to get the bushes a little spookified, despite the wind. 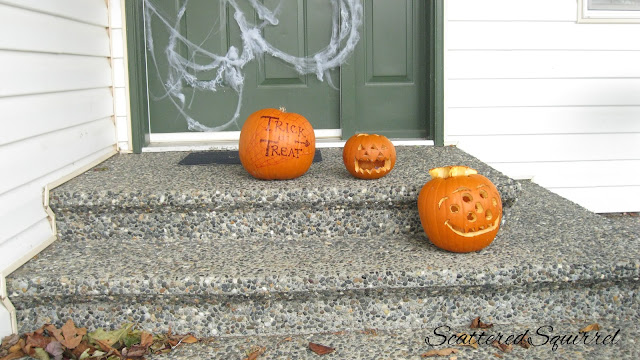 We had our three little pumpkins sitting on the stairs.  Liam designed the faces on the carved one and with Daddy’s help got them carved out. 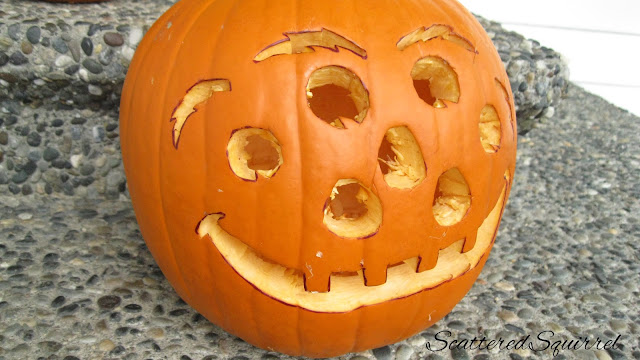 This one is a four eyed, three nosed … (I really wanna say flying purple people eater lol) friendly little guy.  Liam got all into spooky this year, and wanted it to look spooky, but a “friendly spooky”  Daddy was happy to try to make it happen for him, 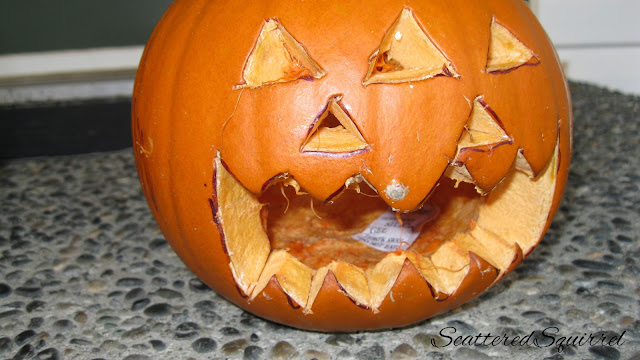 This little guy was the first one we carved.  Liam picked him himself on a school field trip.  He only had room for three eyes and two noses, but we opted for a scarier mouth this time. I drew the face for him, Daddy helped him cut it out.  (Travis does a much better job at designing jack-o-lanterns than I do!) 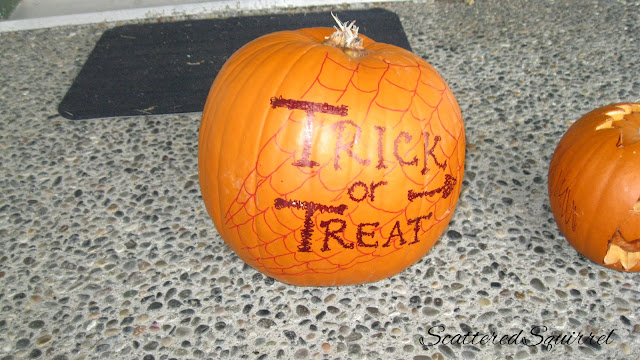 We picked up two pumpkins to carve, but this one was starting to get soft in many places, and I really didn’t want to see what the guts looked like, so we opted not to carve it up.  Halloween afternoon I decided to break out the Sharpies.  (I’m thinking it’s time to look into getting something like a Silhouette) and turn it into a little sign. Next time I do this, I’m going to make sure the arrow isn’t pointing at the other jack-o-lantern. 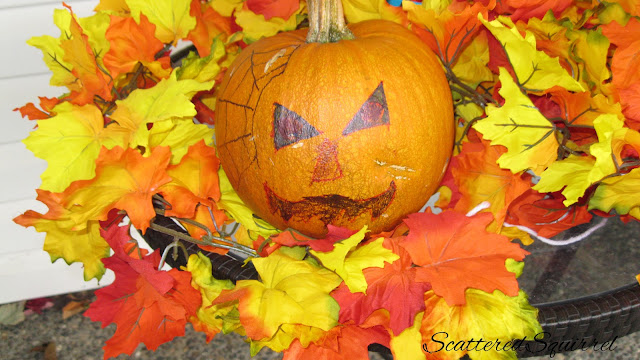 And last, but not least, in the pumpkin round up, is this little cutie Liam and I did together at his Kindergarten Halloween craft party.  It was so much fun to hang out with him at his school and be his helper.  I take credit only for the shapes and the spider web, Liam was the one who coloured it in. 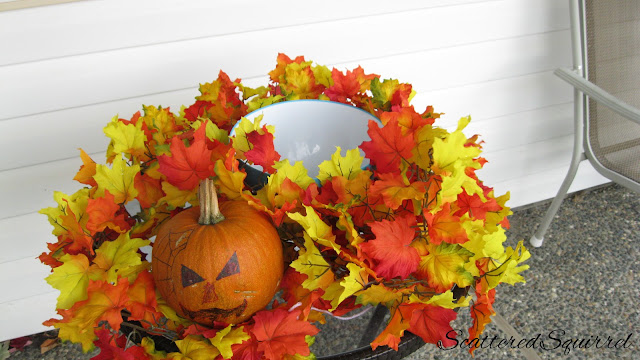 And here he is, on the table where the treat bowl went.  I filled that bowl with over 200 lollipops, and worried the entire time we were gone that we would run out.  But no, we didn’t.  We had LOTS leftover! 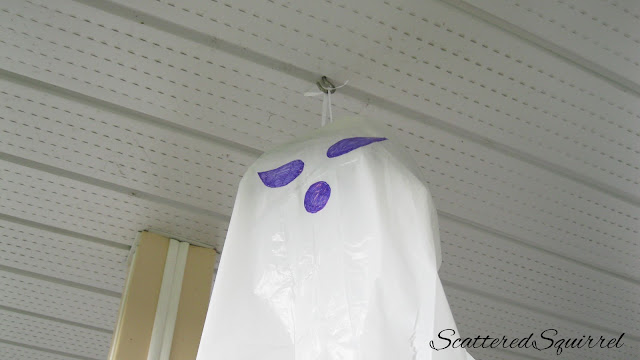 And lastly, our little ghost.  I felt really bad that Liam didn’t get to be a ghost like he wanted.  (though he was totally THRILLED with the Batman costume) so I whipped up a ghost to hang on the porch.  Liam said he needed a name, and we ended up with Giam. (G cause he’s a ghost, and iam cause well, Liam thought it would great if their names rhymed.)

And speaking of Liam, here he is all ready to head out. 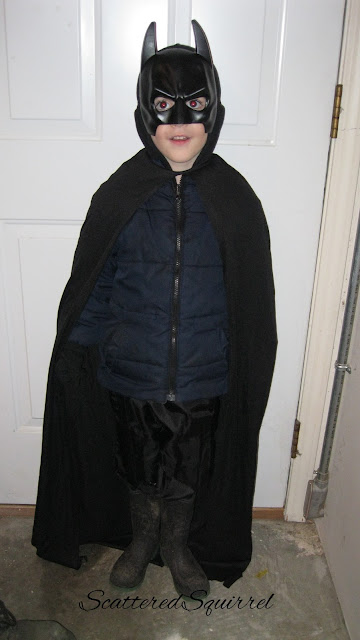 I opted not to fix the red eye, cause it kind of works with the costume.  He was trying to look “serious” but he just couldn’t keep the smiles away!  Not a worry for this Momma though, cause smiles and giggles are what it is all supposed to be about.  And we had many of those while out Trick-or-Treating.  Liam didn’t like everyone calling him Batman, so every time someone answered the door and made reference to him being Batman, he very nicely pulled up the mask, looked them in the eye and said, “Actually, I’m Liam.  This is just a Batman costume.”  It cracked us up every time.  Then he’d put his mask back on and say “Thank you.  Happy Halloween!”  The people answering the door seemed to get a kick out of it almost as much as we did.  All in all it was a great night!

How was your Halloween?  Do decorate for Halloween?  If so, do you go over the top in spooky?  Prefer understated references?  I’d love to hear from you. 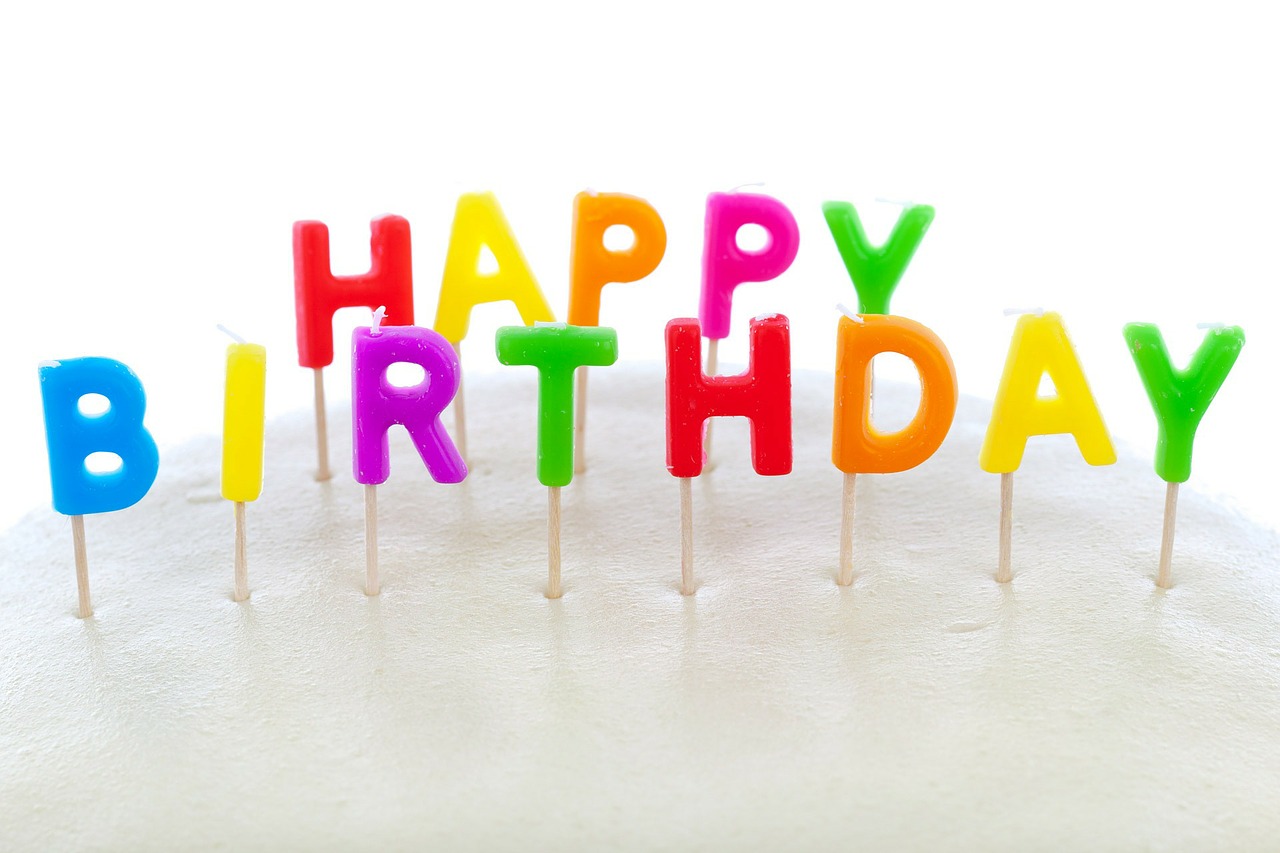 SIXTEEN!     It seems like only yesterday I was preparing to welcome this tiny, little, not-so-strange-to-me stranger into this world.  I was so eager to finally get to know the little person who had been growing inside.  So ready for my pregnancy to be over and for motherhood to begin.  If I had known then,…

Hello everyone!  I hope all of you are having a FABULOUS day.  I’m just popping in to let you know that I won’t have a post for you today.  I’m taking the day to just sort of float along; enjoying some time with the hubs before he has to work, puttering around doing whatever strikes…

Hi there Everyone!  I’m so sorry I’ve been missing these last few days.  It was a busy long weekend here.  On top of the Easter holiday, it was also Travis’s last weekend at home before starting his new job, and we were tackling a couple big projects that need to get done before we list…

The school year is winding down and soon all the crazy end of year stuff will be over and summer vacation will be starting.  I have to admit, I’ve been feeling a little behind the ball when it comes to planning our summer.  I mean my social media feeds are all full of these amazing…